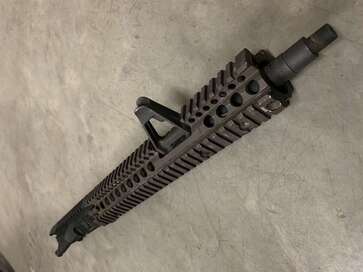 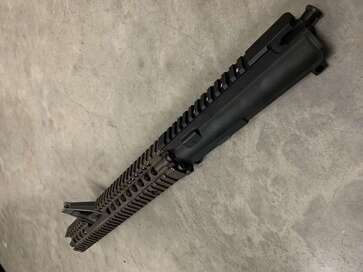 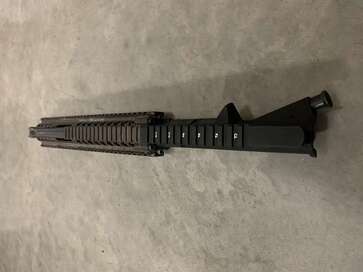 PLEASE READ: NO REFUNDS/AS IS/NO WARRANTY as these are used once ISSUED/SURPLUS from a group of "SPECIAL cool guys". Rails will have dings, nicks, gouges, and are dirty.  None are Savannah marked.  Some maybe painted.  The Colt barrels may have surface rust, dirt, and carbon build up.  I checked the threads on each barrel by running a new A2 flash hider up to the shoulder of each barrel.  Threads will have rockset/loctite residue on them. *Some FSP bases may have left or right cant to them.  This is a result of how they were drilled by Colt and how they were issue and used overseas*  NO REFUNDS OR EXCHANGES

This is a used/previously issued 14.5" COLT SOCOM barrel and Daniel Defense RIS II paired with a NEW Colt upper