The KAC M5 RAS (Rail Adapter System) was developed for use on the US military’s M16 Rifle, and with over 1 million rails issued to date, it is one of the most battle proven designs available for the AR-15 platform. This non-free float handguard is a simple-to-install, drop-in upgrade that features genuine Mil-Spec M1913 Picatinny Rails along its entire length. What sets the M5 RAS apart from other 2-piece quad rails on the market is that it securely locks to the rifle’s barrel nut via a clamp and screw arrangement, making it a very solid foundation upon which to mount tactical accessories.

The M5 Rifle RAS converts AR-15, M16 rifles with 20 inch barrels into the MWS (Modular Weapon System) configuration. The KAC rail system forends do not require you AR15 Rifle to be modified. They are very simply installed in place of the plastic handguards with simple tools. Also the lower rail assembly is easily removed for cleaning without tools. 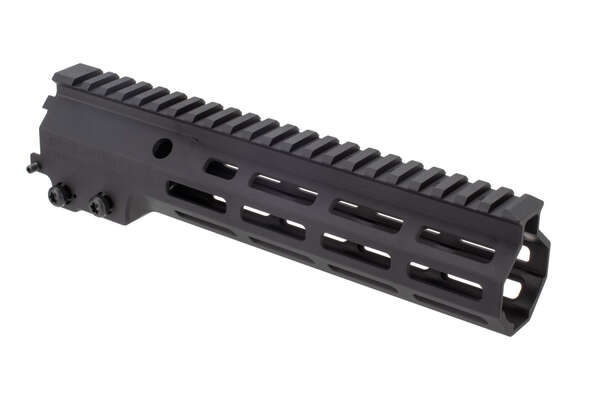